According to an international study released by ING, 33% of Europeans have already used a mobile payment app. This is expected to increase to 51% over the next 12 months.

Mobile device owners in Turkey (56%) and Poland (43%) are leading the way in embracing mobile payments, showing a higher adoption rate than the US (42%). 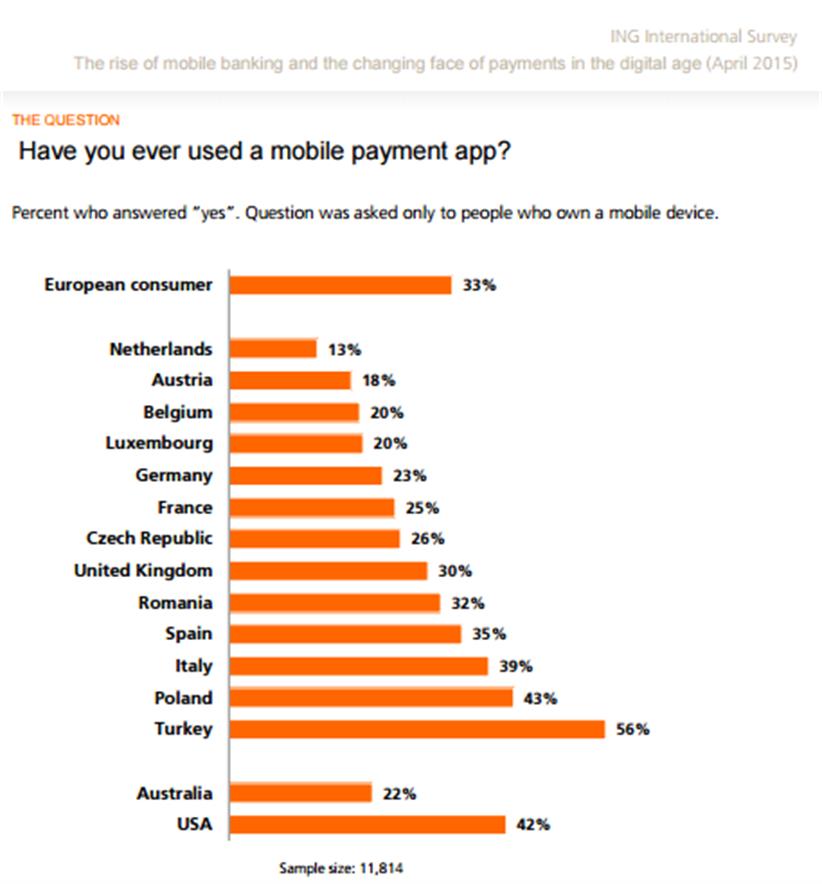