The IAB Europe’s report titled «European Programmatic Market Sizing 2014» reveals that the total programmatic display advertising market in Europe jumped 70.5% from €2.14bn in 2013 to €3.65bn in 2014.

In 2014, the study identifies that programmatic accounts for 39.3% of desktop display net advertising revenue in Europe, 27.3% of mobile display ad market and 12.1% of video display ad market. 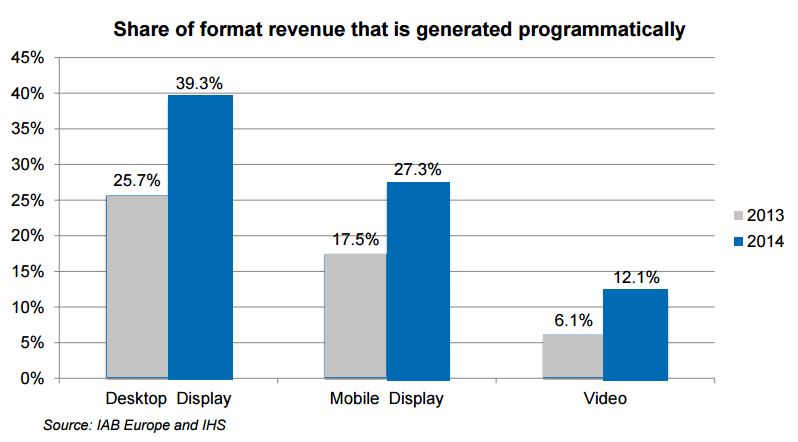