Mickaël Ferreira Chief Executive Officer Mickael Ferreira began his career in agency before joining Advertising.com, a subsidiary of the AOL group. In 2010, he joined the group to launch the performance offering and then worked on the technological transition by launching one of the largest advertising marketplaces in Europe in 2011. In 2014, he co-founded Quantum Advertising. Since 2019, he was assisting the group. He has been CEO since August 1, 2021.

Julie Duong Ferat CFO Julie Duong Ferat is appointed AdUX’s Group Chief Financial and Administrative Officer in 2014. She has joined AdUX Group’s finance department in 2009 as Head of financial control, covering all the French and international subsidiaries. As such, she was in charge of establishing the consolidated financial statements under IFRS as well as the budget phasis. Julie Duong Ferat has started her career in Financial Audit in 2006 at KMPG. She graduated from the ISC Paris Business School and University of Paris XII.

Vincent Delmotte Managing Director AdUX Belgium Vincent Delmotte launches in 1997 one of the first online ad networks in Belgium: RMB Online. In 2003 he takes over the business development of PublicityWeb, who is a pioneer in SEO/SEA. Since 2007, he executes the role of Managing Director of AdUX Belgium. In the last 3 years he also launched AdExpert (Trading Desk) and Quantum (Native Advertising) on the Belgian market. Vincent is also Treasurer and Vice President of the BMMA (Belgian Management and Marketing Association).

Trond Dale Chairman of the Board of Directors Graduate from the Swiss University of St. Gallen, Trond Dale, has a significant international professional experience with financial institutions such as Chemical Bank, Goldman Sachs, Crédit Agricole and DLP Capital. He is Chief Executive Officer of ABS Global Factoring AB and entrepreneur in the information technology and services sector.

Catharina Hillström Independent Director Graduate from the University of Gothenburg , Catharina Hillström has a significant international experience acquired mainly in the finance sector at Standard Chartered Bank and Crédit Agricole. She is an independent advisor and investor.

Kyra Steegs Director Holding a Master of Science in Organizational Psychology from The Radboud University in Nijmegen, Kyra is now responsible for the integration of all newly-acquired businesses and ensures operational synergies within the Azerion ecosystem.

AdUX, a pioneer of digital marketing

AdUX (for Advertising and User eXperience), ex-HiMedia, was founded in 1996 by Cyril Zimmermann. Pioneer in digital marketing , AdUX is now present in eight European countries. The Group achieved a turnover of 34 million euros in 2017. Independent since its creation, the group is listed on compartment C of Euronext Paris and is part of the CAC Small Indices, CAC ALL-Tradable and CAC PME. 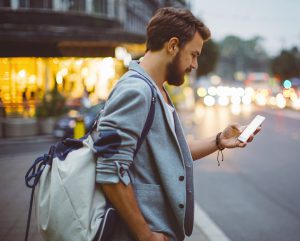 From the Internet bubble of 2000 to ad blockers and the arrival of smartphones, AdUX has experienced all the major evolutions of digital advertising.

The Group is characterized by its ability to innovate, to anticipate market trends and to renew itself. Its longevity, experience and expertise make it a key player in digital marketing in Europe.

The birth of HiMedia 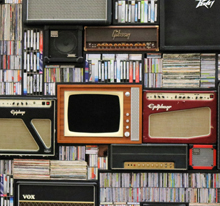 In 1996, the 3 Suisses corporate foundation awarded Cyril Zimmermann and Bruno Laforestrie a grant to finance their business venture. The two partners then developed and separated their activities in 1998 with HiBox, a press publisher and radio operator headed by Bruno Laforestrie, and HiMedia, headed by Cyril Zimmermann, whose ambition is to develop content publishers thanks to online advertising, an embryonic but very promising market.

Quickly, HiMedia gained a recognition in the Internet thanks to the reputation of its first partners, including the sites of the weekly Marianne or jeuxvideo.com which it will acquire a few years later. His success allows him to enter the stock market in Paris in June 2000.

A diversified and international Group 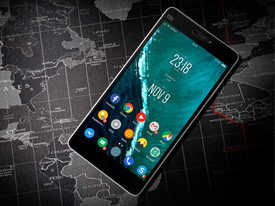 While the explosion of the Internet bubble collapsed of numerous start-ups, HiMedia adapts its structure and resists. In the middle of 2000s, once the growth of return, HiMedia succeeds in becoming established in Germany, in Spain, in Italy, in Sweden, in Portugal, in Belgium, in the Netherlands and in Brazil.

Then, Cyril Zimmermann diversifies the activity of the group towards an expanding business: the electronic payment. In 2006, HiMedia acquires the platform of micropayment Allopass. Become the specialist of the monetization of the digital contents by the advertising or by the transactions, HiMedia gains market shares and the trust of the biggest French and international publishers.

An expert of User eXperience:
HiMedia is now AdUX

From 2014, learning from the evolution of the digital media, HiMedia rationalizes its activities by separating its branches publishing sites and electronic payment valued for more than 150 million euros. At the same time, the company understands that Internet users are less likely to support Internet advertising because of its intrusive nature. 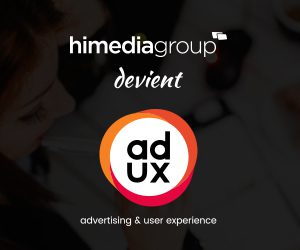 Himedia decides to put the user experience at the heart of digital marketing by developing advertising products that meet three criteria: advertisements must be native (integrated to websites), they must bring an immediate perceptible advantage that the internet user can benefit from proximity to home (through geo-localized ads associated with promotions or discount coupons) and they must be entertaining.

HiMedia is now renamed AdUX and is based on the three most promising segments of digital advertising : native advertising with its Quantum subsidiary, geolocalized advertising with its subsidiary AdMoove and brand content with AdPulse. This positioning allows AdUX to play a central role in the online advertising market, as demonstrated by its partnerships with publishers such as MSN, We Transfer, Dailymotion, Via Michelin, Se Loger, Webedia and Démotivateur.